The Fear of Something Wonderful 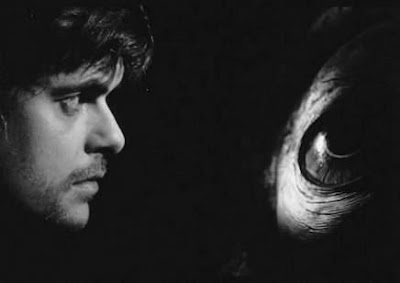 The Only Shot I've Seen From Bela Tarr's "Werckmeister Harmonies"

I've seen Stanley Kubrick's Barry Lyndon-- in my opinion the best out of all the master's films-- six or seven times. Each time I find it absorbs me completely, that its people (to call them characters just doesn't feel right), its place, and its time surrounds me. It is a wonderful, rapturous, and exhausting experience. Frank Rich's rave, immortalized as the DVD's back cover blurb, states that "Its aching beauty will wipe you out" and I can say without hyperbole that I agree.

That being said, I for some inscrutable reason don't own a copy and have had to sustain myself by checking it out repeatedly from my local library. I have borrowed it at least once every two or three months for the last couple of years. However, I haven't seen the film since before my marriage a little over five years ago.

I bring it home, I put it next to the television, and there it sits. A week passes, and I renew my loan for another week; the Dearborn Public Library system allows two renewals and invariably I do renew it a second time. For three weeks it sits next to my television, this film that I love so deeply. It sits, unwatched, until, like a dog with a tail between my legs, I have to return it. And then, a couple of months later, it starts all over again. Why?

What is it, I wonder, that I'm afraid of? I could say that I'm not in the mood for it, but that's simply not true; no matter what my mood is, I always found myself enraptured and compelled with the first portentious notes of Handel's Sarabande. Perhaps it is the length, but no; I love long movies and often when I've stared at that dvd next to the television I have plenty of time in which to experience its three hours and five minutes of perfect cinema.

This doesn't only happen with Barry Lyndon, however. There are some movies that I've never seen but heard about, and wanted to see-- movies I've looked forward to seeing and that I'm almost certain will touch me just as deeply and wonderful as Kubrick's film-- and I borrow them from the library or a friend and they, too, sit next to my television.

At the moment, I have three dvds that I've borrowed from my library: Barry Lyndon (of course), Bela Tarr's Werkmeister Harmonies, and Philip Groning's Into Great Silence. Everything I've read about these latter two tell me that they're exactly the sort of films that I love, that they possess within their frames the qualities I seek out from serious cinema. So why do they sit there unwatched?

Maybe it has something to do with that same seriousness; maybe there's some part of me that would rather be disappointed by something perfectly ordinary than be challenged by something wonderful. I don't know if that's exactly it-- I certainly don't think of myself as some sort of fart-comedy-loving philistine-- but it's a troubling question to not have an answer for. A troubling experience to be going through.

But, operating on the presumption that I'm not just weird, I share this troubling tendency of my own in the hopes that, yes, others have felt it too.

Have you ever let a film (or book or CD or whatever) sit there unopened, knowing full well that once you bother to open it it's going to be absolutely amazing? If you have, why do you think that happens? Please, I invite you, share your thoughts in the comments page below, or drop me an e-mail at milos_parker at yahoo dot com.
Posted by Tom Russell at 8:59 PM

Email ThisBlogThis!Share to TwitterShare to FacebookShare to Pinterest
Labels: aesthetics