"The mask is everything, so make it a good one." 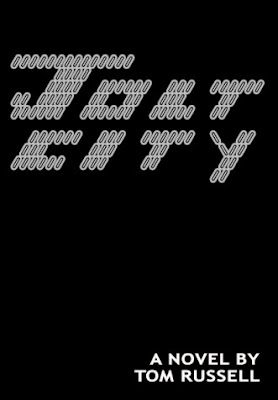 My novel Jolt City is now available for $25.00. Expect it to pop up on Amazon.com within the next two weeks or so.

From the back cover:

When it was originally published on the legendary USENET newsgroup rec.arts.comics.creative, Tom Russell's superhero serial JOLT CITY was awarded the coveted Favorite Acra Series RACCie (for a serial aimed at a mature audience) two years in a row. The following year, the readers of RACC voted it their Favorite Series over-all and Tom one of their two Favorite Authors. Now, the best superhero fiction on the internet has become the best superhero novel on your bookshelf.

When Jolt City's sworn protector the Green Knight falls ill with cancer, his former sidekick Martin Rock embarks on an incredible journey: from self-reliance to friendship, from pain to peace, from anger to joy.

Along the way, he'll fight a jousting match atop a unicycle, team up with a super-speedster, visit an alternate earth populated by talking snails, and thwart an invasion.

Unabashedly in love with its genre but unafraid to take it deadly seriously, JOLT CITY is free of camp, laced with literary wit and heightened with stark poetical beauty. So turn off your bleeper, snuggle up in bed, pull the covers over your head, flick on your electric torch, and get ready for 358 pages of unrelenting two-fisted awesomeness.

"... a rollicking story of a hero taking on the task to fill the shoes of his mentor-- with a little luck but mostly with hard work, determination, and a willingness to think laterally in the occasionally bizarre world of four-colour superheroes."-- Saxon Brenton, author of Limp-Asparagus Lad

So buy the darn thing already.
Posted by Tom Russell at 8:58 PM

Email ThisBlogThis!Share to TwitterShare to FacebookShare to Pinterest
Labels: our stuff